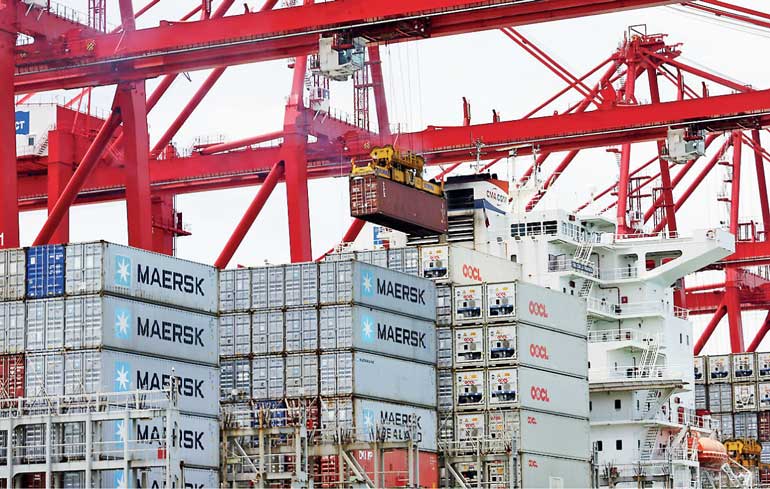 Scorched by drought, Sri Lanka’s growth slumped to 3.8% in the first quarter of 2017 from 5.3% recorded the previous year, the Census and Statistics Department said yesterday when releasing their latest statistics, with the agriculture sector’s contribution to GDP shrinking 3.2% to just 7%.

The Department of Census and Statistics (DCS) Sri Lanka released the estimated Gross Domestic Product (GDP) at current prices and at constant (2010) prices with the production approach and other macroeconomic indicators for the first quarter of 2017.

Severe drought conditions prevailed mainly in the Northern, Eastern, North Central and North Western provinces from 2016 and had an unfavourable impact primarily on agricultural activities in the country.

“As expected, drought conditions in the first quarter weighed heavily on overall growth. Extreme weather in May is also likely to further push down growth prospects for the year,” Frontier Research Product Lead Trisha Peries was quoted as saying by Reuters.

For the four major components of the economy - agriculture, industry, services and taxes – fewer subsidies on products have contributed their shares to the GDP at current price by 7%, 30.8%, 52.3% and 9.9% respectively for the first quarter of 2017. In this quarter, the highest growth rate of 6.3% was reported for industrial activities.

The agricultural sub-activities of ‘Growing of spices’, ‘Animal production’, ‘ Forestry and logging’ and ‘Marine fishing’ reported high growth rates of 6.1%, 6.9%, 9.3% and 5.8% respectively.

In the meantime, substantial declines in growth rates were reported for ‘Growing of rice’ and ‘Growing of oleaginous fruits’ by 53.1% and 10.2% respectively in this quarter due to continuous drought prevailing throughout the respective cultivation areas of these crops.

During this quarter, the activities of ‘Growing of Tea’ and ‘Growing of Rubber’ reported negative growth rates of 5.7% and 17.2% respectively.

In the first quarter of 2017, overall industry activities further expanded significantly, recording a 6.3% growth rate. The ‘Construction’ activity, which corresponds to the highest share of the GDP among the industrial activities, further increased remarkably by 16.1% during this quarter compared to the same quarter in 2016.

In addition, significant growth rates were reported for the sub-activities of ‘Water collection, treatment and supply’, ‘Manufacture of other non-metallic and mineral production’, ‘Manufacture of machinery and equipment’ and ‘Mining and Quarrying’ by 21.6% 19.5%, 18.2% and 17.9% respectively, reinforcing the growth of the industry sector in the first quarter of 2017. During this quarter the growth rate of ‘Manufacture of textile and wearing apparel’ recovered from the contraction reported in the first quarter of 2016 and recorded a positive growth rate of 0.6%.

Meanwhile, the ‘Manufacture of food, beverages and tobacco’ recorded a slight contraction of 0.3% within this quarter.

Service activities which contribute the highest share of 52.3% to the overall GOP grew by 3.5% during the first quarter of 2017 compared to the corresponding quarter of 2016.

The performance of the service activities was buoyed by the sub-activities of ‘Wholesale and retail trade’, ‘Transportation of goods and passengers including warehousing’, ‘Financial service activities’ and ‘Human health, residential care and social work activities’ which reported significant growth rates of 4.5%, 3.1%, 14.9% and 11.1% respectively compared to the corresponding quarter of 2016.

Other personal service activities reported a slight growth of 2% during the first quarter of 2017.