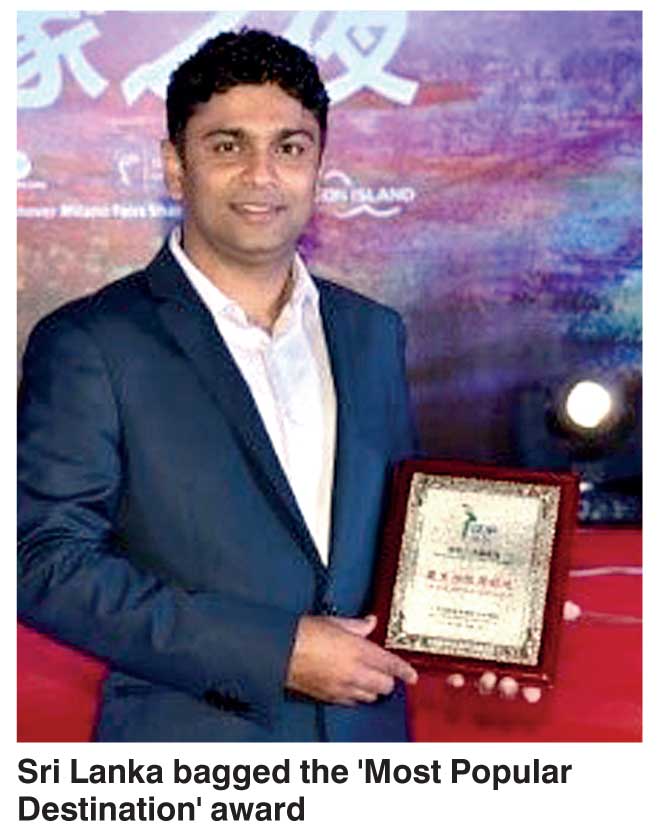 Sri Lanka Tourism showcased its capability of bringing up Sri Lanka as one of the most sought after travel destinations, by claiming the ‘Most Popular Destination’ award, at the Guangzhou International Travel Fair (GTIF-2017) which was held from 23 to 25 February at China Import and Export International Exhibition Centre.

The first two days of the fair were opened to the trade and public respectively. In parallel to the travel fair, SLTPB also organized two Tourism Promotion Roadshows in Guanzhou and Shenzhen on 21 and 27 February to enhance the awareness about Sri Lanka in the East Asian region and create an effective communication between the two countries related to the travel and tourism trade. 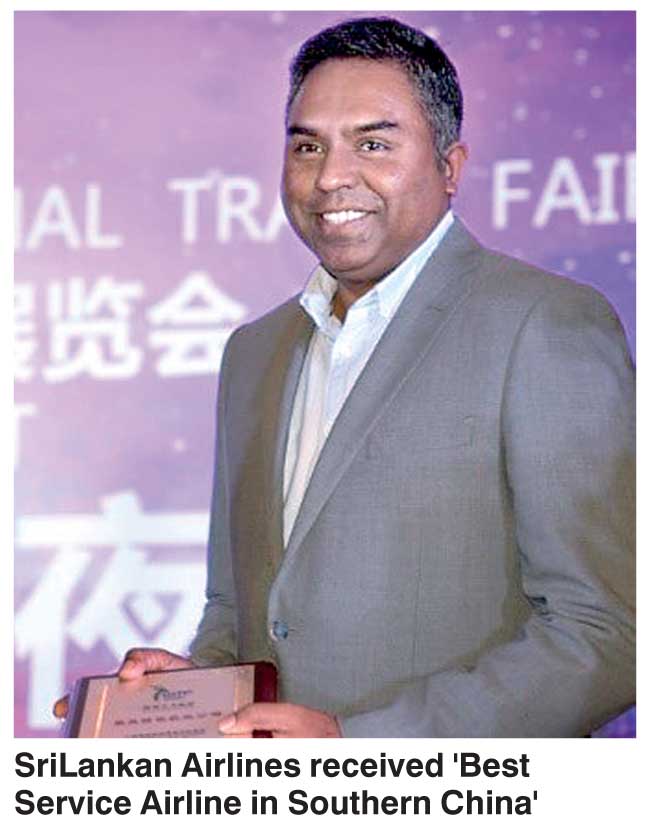 anies from the travel and tourism industry participated at this event. The GTIF was a unique opportunity for the global travel trade to meet and strengthen their business relationships and bilateral ties. The colorful array of natural attractions displayed by Sri Lanka Tourism captured the attention of many visitors, enabling them to consider about having an experience which was worthwhile.

The Roadshow which was held on the 21st in Guanzhou was held under a distinguished audience including Tan Aiying, Deputy Director General of Guanzhou Municipal Tourism Administration. It proved to be a very effective attempt since it created an opportunity to collaborate with the Chinese counterparts representing the travel and trade industry.

Guanzhou is a city which has direct air connectivity by SriLankan Airlines and also has connections with many other international airlines, helping to promote Sri Lankan Tourism in China.

Up to December 2016, tourist arrivals from China were recorded as 271,577, whereas it marked a 26.4% increase in compared to the same period in the previous year. Chinese tourist arrivals are increasing year on year, thus contributes a great deal to Sri Lanka’s rising tourist sector.