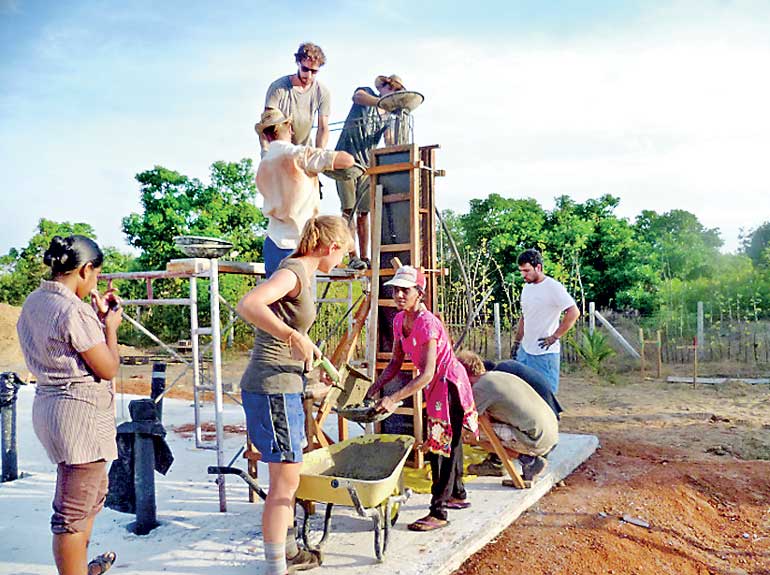 Sri Lankan universities are disgraceful. Instead of being the intellectual and moral high grounds, they have become the hellholes of zombie teachers, mediocre undergraduates and the evil brotherhood of raggers. Miserably stuck in the pre-Margret Thatcher British system, failing to change with changing demands of the country and the world, churning out batches of arrogance year-after-year queuing to leave the country or to get a government job for life, Lankan Higher Education (HE) system need radical transformation. ‘Radical’ in its real meaning, not the silly political rhetoric of JVP hooligans.

We still have the mentality that whoever enters the universities in Sri Lanka are better than the rest, and that rest does not deserve to be educated any further. That’s the honest reason why those racists oppose private universities with all their nonsensical logic of quality of education. As if we don’t know the actual quality of the Lankan university education too well.

The world has moved beyond that elitist deservedness apartheid a long time ago. So we need to open up the universities and give access to higher education for all. Instead of sending local currency abroad to start and operate foreign universities here, the Lankan universities can offer their courses, curriculum and assessment to private colleges affiliated to them. It will not only create a new source of revenue for the universities, but will also create a healthy competition, which is essential to constantly improve the content, methodology and resources or the quality of education!

The universities can focus on research, innovation and development of new courses and developing modern educators. Students who are unable to secure one of the limited seats in the university will thus have the option of following the same course at a private college for a fee and upon successfully completing the same examinations and other assessment requirements obtain the same degree.

2. Rank universities, faculties and HE colleges

The truth is our universities including their vice chancellors, faculty and students are all colluding to maintain a corrupt system. They all know the courses are outdated, lecturers are substandard and the physical resources are grossly inadequate. Our universities are decades behind even the average universities in the region and centuries behind when compared to developed nations’. Yet they put up a false brand as being these great institutions where intellect triumph, and new knowledge is discovered.

With the artificial competitiveness created through the Advanced Level examination, they perpetuate that self-fulfilling brand. That’s another reason why they fear private universities, because they know they cannot compete with them. How can these universities and their academic programmes continuously improve if there is no system to assess their quality based on scientific, comparative and market-based data?

Our universities are miserably bottomed on global ranking systems. Therefore we first need to develop a local ranking system which correlates the relevance and the speed of upgradation of content, quality of educators and the innovativeness of their methodologies, the quality of the outcomes which includes the students’ employability and the relevance of marketability of the research findings, the quality of the education environment based on safety, discipline and culture etc.

What is the point of having free education if the products of that ‘freedom’ are not free? Most of them live in fear of ragging in the first year. They are unable to freely think and express themselves thereafter. They spend more time studying CIM, CIMA, ACCA, and other diplomas or IT courses because they know their degree is not enough to get a job, and because they can’t get that new knowledge from their university.

Disgraceful, isn’t it? They don’t have the freedom of time and thought to grow personally and socially. Their life at university should be enjoyable and stimulating, not spending mugging up notes inside dirty hostels. They should have time to test their knowledge, start enterprises and research with the help of eager mentors and ample facilities. No wonder they want to leave the country after that horrendous experience.

We need to start putting a value for our higher education. Instead of making it blanket free, we should cover the cost of students based on their academic, research, sports, extra-curricular and enterprise progress. The first semester will be free, and the fees for every semester afterwards should depend on their performance in the previous semester. They should earn their free education every day. With such a system, incidents of ragging, vandalism and misbehaviour would also reduce because they will not have the choice of “freeride”.

(Of course I’m generalising the students and faculty. I respect and value the small percentage of people who are different from the lot.)

While Sri Lankan university students wash cars, go tin collection for JVP, or protest against this and that, rag their fellow brothers and sisters and vandalise public property; a group of undergraduates from a German University College have been building a factory in Pallai (Kilinochchi) to create jobs for women affected by war. They build it from ground up, using their skills and knowledge gained through their education with innovative design and usage of material. They raised their own funds, found local partners, arrived in Sri Lanka and have been living with the locals and building a large space and equipping it within just four months.

I once tried to get the engineering and architecture students from university of Moratuwa to work on a low-cost toilet for the disabled Lankans especially living in the former war zones (4,000 households are in dire need). Not a single student or teacher was interested.

(The author has been working with the local universities closely for over seven years from policy level to student engagement in developing graduate entrepreneurship. Send your feedback to eranda.ginige@gmail.com.)