Home / Opinion and Issues/ The Ray Award: From saving the nation to saving energy

The Ray Award: From saving the nation to saving energy 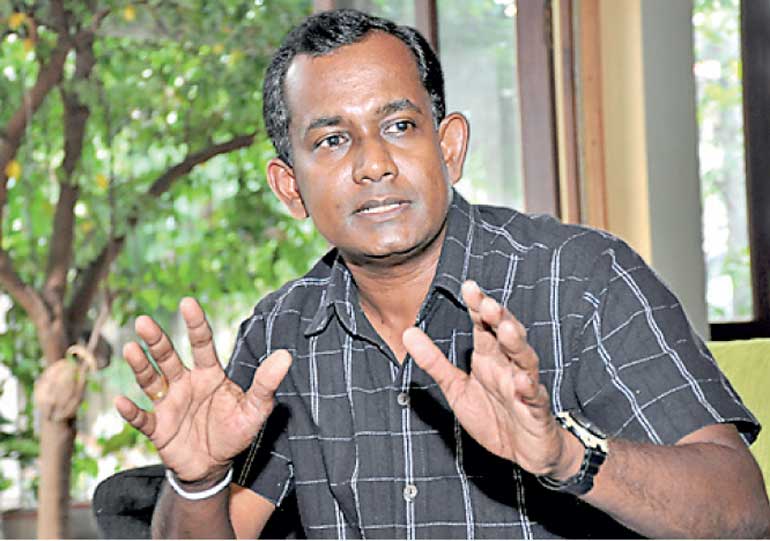 Having been involved in several missions against the LTTE as part of the Sri Lanka Air Force, Wing Commander Chandima S. Alwis has taken up another battle – the fight to create a sustainable energy-saving culture in the country through innovation.

While chronicling his many war experiences, in which he spoke of historic reconnaissance missions against the terror outfit and his daring efforts to repair a fallen helicopter in the middle of a warzone, his love for his country and his passion for innovation became abundantly clear.

Bringing the two together was a challenge even for such an innovative mind but Alwis found his niche in identifying the common problems pertaining to energy conservation and finding practical solutions in alignment with his motto for innovation– simplicity.


The battle against energy wastage

Despite his military background, Alwis always had a keen interest in inventing new things. His innovative thinking went hand-in-hand with his devotion to the country as he stated that he always wanted to create things that would help people in a practical manner.

“I have contributed my share on the battlefield and in airmobile operations as a Flight Engineer of an MI17. I was happy with my contribution as a serviceman. I concentrated thereafter on my studies so that I could create something that would be useful to the people pertaining to my pet area which is energy conservation,” he said.

It is with this clear objective in mind that he set out to improve the energy efficiency of one of the most household appliances found anywhere in the world - the refrigerator. The refrigerator was even a cause for personal concern as the Wing Commander stated that it constituted almost 50% of his own domestic electricity bill.

“Research has shown that refrigerators take more than 51% of the energy consumed by a household. You can switch to energy saving light bulbs but changing your fridge is not a practical task for everyone.”

For years he dedicated what little free time he had to his project and conducted several experiments to determine what caused the refrigerator’s excess energy usage. He soon learnt that the most common problem with the appliance is the amount of energy that is wasted when the refrigerator door is open. Finding a solution to the problem was complicated but finding a practical solution that would be affordable and universally adaptable would prove to be the major challenge.

“I found that when you open its door, you lose 40% of the energy consumed by the fridge. It was a challenge to solve this issue but I wanted to create something that could be taken to the grassroots level so that we could improve the energy-saving culture of this country as a whole,” he said.


From prototypes to finished product

Initially he dabbled with various prototypes and solutions to this problem and experienced varying levels of success. However, it was not until he simplified his idea even further that he found the perfect door screening system to minimise the heat transaction process.

The direct relationship between the square area inside the fridge and the energy consumption helped him realise that the only way to minimise the energy wastage was to control the size of the area exposed to the atmosphere.

“The simple method was to install polythene curtains or separate doors. Making doors would have been expensive and impractical but the polythene curtain with two slits was perfect because it provides visibility and does not hinder the user in any way,” he said.

The system includes simple polythene sheets with strips of double-sided tape on top that can be easily pasted on to any refrigerator shelf. The sheets then act as a screen to keep the cool air trapped within the compartments even through prolonged periods where the refrigerator door is kept open.

According to the Wing Commander this system will help save around 15% of the energy consumed by the refrigerator.

He hopes that the wider use of this system would save people and the country money as well as reduce overall power usage, diesel costs and emissions.

As the commanding officer of the Research and Development Unit of the Sri Lanka Air Force, he has had little time to concentrate on marketing his product but he believes that with the support of an eager entrepreneur, this cost-effective product could make its way into hundreds of thousands of homes in Sri Lanka.

“We had a discussion with the Minister (Power and Energy Ministry) and his objective was to reduce the power usage of the country by 10%. He really showed interest in the system. Even if I don’t earn much from this, the country has the opportunity to gain a lot,” he said.

He believes that the Ceylon Electricity Board can save more than Rs.100 million a month by saving more than seven million units.

Wing Commander Alwis is one of four inventors who have been shortlisted for The Ray award, organised by the Ray Wijewardena Charitable Trust, which will be handed out on 24 August.