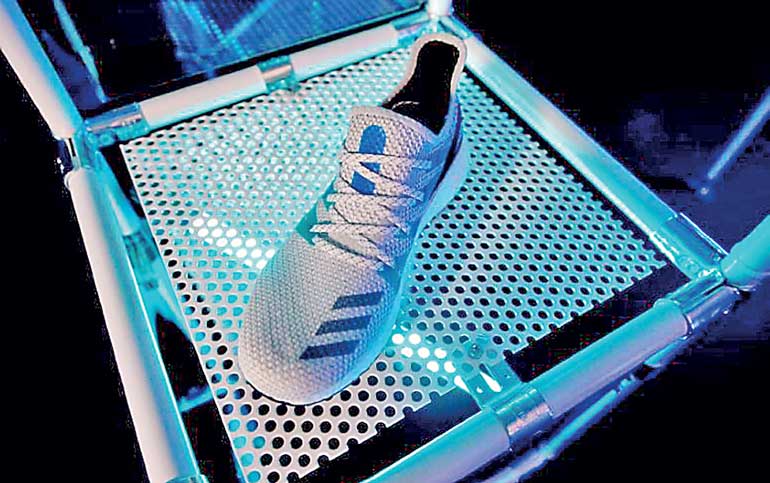 LONDON (Reuters): Adidas has launched the first of six planned city-themed running shoe models in London as it capitalises on its first Speedfactory, which it has opened in Germany and equipped with time-saving robotics.

Adidas plans to use the factory – and another due to open soon in Atlanta, Georgia, to produce small batches designed for particular markets, and ultimately for individual consumers, in contrast to mass production runs ordered months in advance.

The idea is to respond faster to fashion trends and offer more customisation. After London it plans shoe models inspired by Paris, New York, Los Angeles, Tokyo and Shanghai.

“It is an opportunity for us to disrupt with brand new technologies and bring that as fast as possible to consumers,” David Drury, director of development for footwear sourcing, told Reuters.

Adidas relies on more than one million workers in factories in Asia, particularly in China and Vietnam, to produce about 600 million pairs of shoes and items of clothing and accessories per year.

But it is shifting some production closer to its major markets so it can deliver new styles quicker, and counter rising wages in Asia and hefty shipping costs.

It currently takes Adidas up to 18 months to design, produce and deliver most products, but it wants to cut that to as little as 45 days.

Rival Nike has also announced plans to shorten product development times and last month launched a studio in New York where customers can select the colour and pattern of their shoes and have them ready in less than 90 minutes.