Home / Agriculture/ The geopolitics of palm oil and deforestation

The geopolitics of palm oil and deforestation 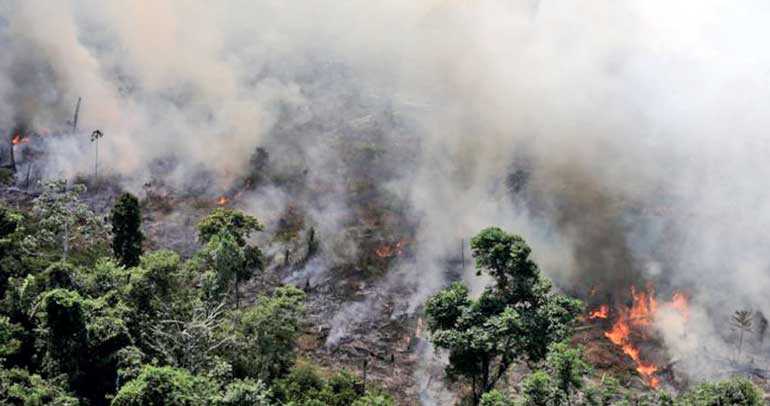 An aerial view of a tract of Amazon jungle burning as it is being cleared by loggers and farmers near the city of Novo Progresso, Nacho Doce/Reuters

Dr. Jean-Marc Roda explains that in all countries, an increase of fats consumption has been noticed when poverty decreases and urbanisation increases while vegetable fats are progressively replacing animal fats. In North American and European regions vegetable oil consumption is now stable. Outside these regions on average, more vegetable than animal fats are consumed. They also have strong population growth and when they reach the levels of vegetable oil consumption seen in Europe – perhaps by 2050 – the global demand will be around 250 to 350 million tonnes per year more than the 170 to 180 million tonnes currently consumed.

This leads to geo-strategic questions: which vegetable oils will be produced to feed the world, who will sell them, who will control their production, and where will there be enough land to grow them? 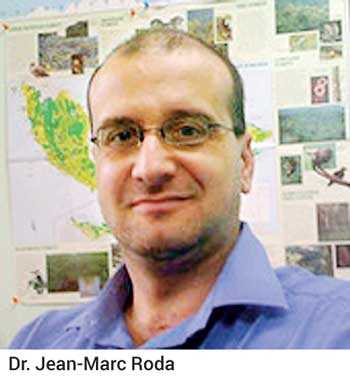 Four major vegetable oils constitute more than 85% of the world consumption. Sunflowers, rapeseed and soybeans were originally grown in temperate countries, but a rising share of soybeans is now produced in Brazil thanks to genetically improved varieties. Oil palms grow only under humid tropical conditions, and produce five to eight times more oil per hectare than the other crops.

In other words, soybean, sunflower and rapeseed demand five to eight times more land than oil palm trees to produce one tonne of oil. In addition to their exceptional productivity, oil palm trees also demand much less work and production inputs per unit than other oil crops. Therefore palm oil is by far the cheapest oil to produce. Oil palm trees are also one of the most profitable crops for farmers and are thus one of the success stories for fighting rural poverty in tropical countries. 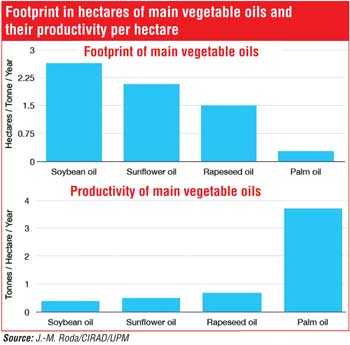 Palm oil is the only one that is naturally hydrogenated and structurally stable at ambient temperatures. The other oils must be artificially hydrogenated to achieve similar properties, which is costly and produces harmful trans-fatty acids. Still, all oils have their own advantages and drawbacks for human health, with none being better than the others. 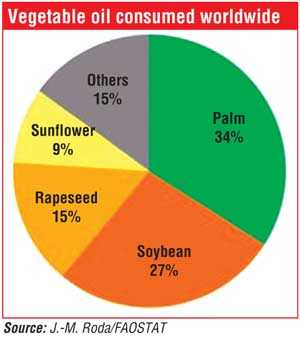 Some palm plantations were established in lands that were previously forested, but the real share of deforestation caused by palm oil plantations peaked in the 1990s and has decreased consistently since. It is now almost non-existent in Malaysia (below 1%). In Indonesia, the peak was between 2000 and 2008, and has now decreased to 5%.

We know that consumers around the world will eventually demand around 250 to 350 million tonnes per year more vegetable oil than today. Soybean development in Brazil and palm plantation development everywhere else will continue because the main demand is not in the countries having interests in opposing their development. Without palm oil, the future demand for vegetable oils would require cultivation of land areas almost as large as the Australian continent.

Roda concludes by stating that for the benefit of all, the key is to prevent future deforestation, not to ban palm oil. It is imperative to improve the productivity and sustainability of palm plantations, enabling them to produce more with the same area. The real challenge is to create enough value from both agricultural and forest landscapes, to encourage local societies to keep their forests rather than to convert them into agriculture.

The above views expressed appears to be based on the information that oil palm will give the highest yield per unit area and therefore be the cheapest oil to produce. Where will it be produced? Will natural forests be deforested for new plantations? Is oil palm environmentally friendly? Is palm oil the best for human consumption? Isn’t there another species of a perennial tree for instance that can be grown successfully in regions outside the ‘Humid tropical’ regions to produce at least part of the expected demand for increased vegetable oil by 2050?

Based on this data, growing oil palm in SL in a few 10,000 ha of land will be ‘A most profitable venture’. Three important questions arise. (1) Many other countries will also think on these same lines. (2) Is oil palm the best species for diversifying uneconomical tea and or rubber? (3) Is oil palm the best vegetable oil for human nutrition?

(The writer Hemal de Silva (hsdes59@yahoo.com), is Associate of IFSC, Denmark. The author of the cited article is Dr. Jean-Marc Roda, Senior Scientist, Cirad; his article can be viewed at https://theconversation.com/the-geopolitics-of-palm-oil-and-deforestation-119417.)