Strengthening the resilience of farmers in Sri Lanka’s Dry Zone 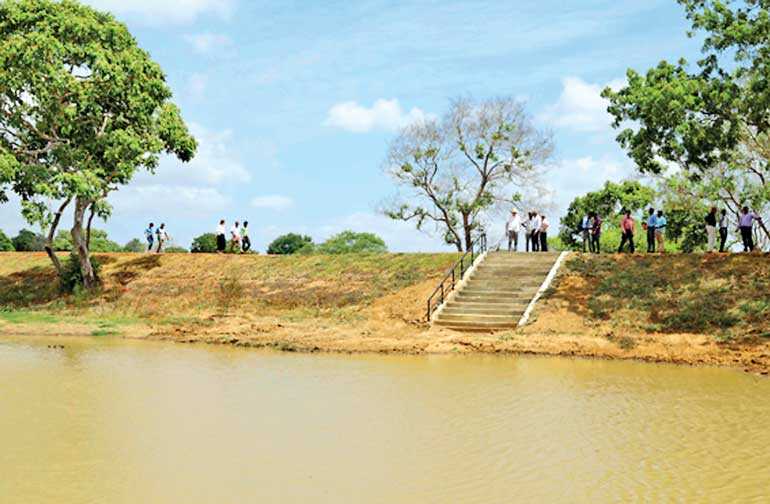 David Annandale at the Sembige Tank in Sri Lanka 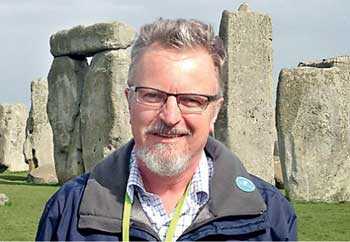 They call it the Dry Zone. A huge area of Sri Lanka that lies towards the north of the island, where there is a real shortage of water for agriculture and drinking.

In the last decade, as a result of climate change, Sri Lanka has been experiencing severe shifts in its seasonal rainfall patterns, accompanied by increased floods and droughts.

The situation is acute because many farming communities who depend on agriculture for their food and income live in rural areas, such as the dry zone.

As a consultant with the Independent Evaluation Unit of the Green Climate Fund (GCF), I’m involved with a formal evaluation of GCF’s environmental and social safeguards procedure. As part of our work, we undertake country visits, to assess how safeguards are being implemented in GCF-funded projects.

Recently I visited Sri Lanka’s Dry Zone where one such project is being carried out by the Government of Sri Lanka with the support of UNDP. The GCF implements its projects through what are known as “Accredited Entities,” and UNDP is globally accredited.

This seven-year project (2017-2024) involves rehabilitating 325 reservoirs, of an ancient water distribution structure known as the cascade system. The selected 16 cascades consist of hundreds of small reservoirs known as “tanks”, all connected by irrigation channels.

Over the years, the system has fallen into disrepair. This project aims to rehabilitate especially deprived parts of this system. A component of the project is also focused on harvesting rainwater for villages and households.

On our field trip, along with a few UNDP staff members, we visited a number of sites, and spoke with villagers, contractors, and Civil Society Organisation (CSO) representatives.

It turns out that although it is still in the early stages, the project has some exciting results. The beneficiaries clearly want this project, which is a good start.

The project has also been implemented in an interesting fashion. UNDP has contracted four CSOs to undertake community consultation and mobilisation work. The interaction of partners at different levels of the Government is impressive, as is the carefully constructed community involvement work, and the involvement of beneficiaries in project design.

Another important aspect is the recognition that problems will be encountered. Contractors are fully aware of their environmental management responsibilities, and the grievance redress process appears to be working properly.

Our field trip was efficiently organised, and we were given open access to the many different stakeholders involved with the project, and people spoke freely about their concerns and interests.

I have rarely seen such a successful project. The interaction of partners at different levels of the Government is impressive, as is the carefully constructed community involvement work, and the involvement of villagers in project design. The project, which directly benefits nearly 800.000 people, also has a greater impact on the wider community with an estimated reach of more than one million people.

The cascade system is one of the oldest water mobilisation schemes on the planet, and it is great to see it being brought back to life through collective consultation and community participation and this how development can and should work. The end result – more farmers in Sri Lanka’s Dry Zone are more resilient to the adverse effects of climate change.