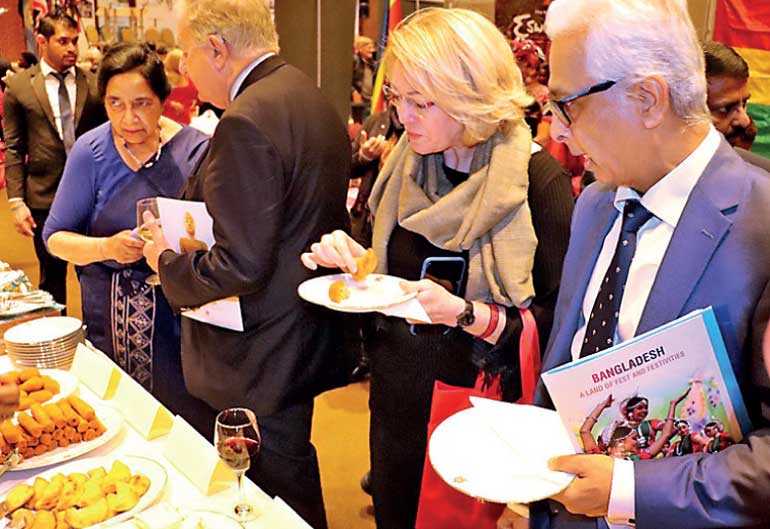 Sri Lankan handicraft and other items at the fair

This year’s Commonwealth Fair also included a small ceremony to commemorate the 70th anniversary of the Commonwealth with the participation of its eight founder members including Sri Lanka.

Upon the conclusion of the opening ceremony, which was held under the aegis of Bangladesh High Commissioner Saida Muna Tasneem, a small reception was held for the Chief Guest and invitees at the Sri Lanka stall, where guests had the opportunity to taste Sri Lankan short eats and Ceylon tea. 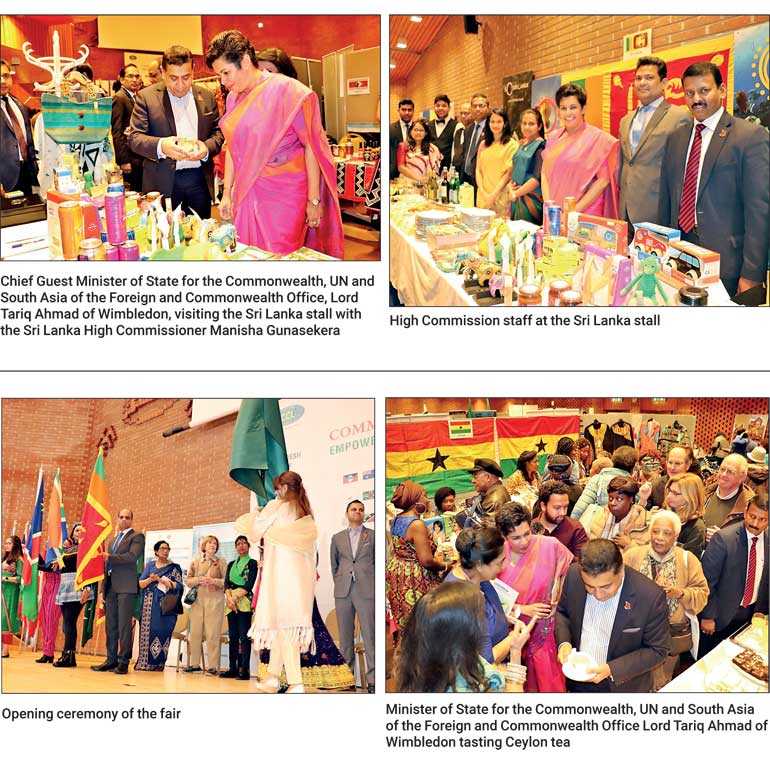