Home / Agriculture/ Ban on tobacco cultivation: A blessing in disguise for Lankan farmers

Ban on tobacco cultivation: A blessing in disguise for Lankan farmers 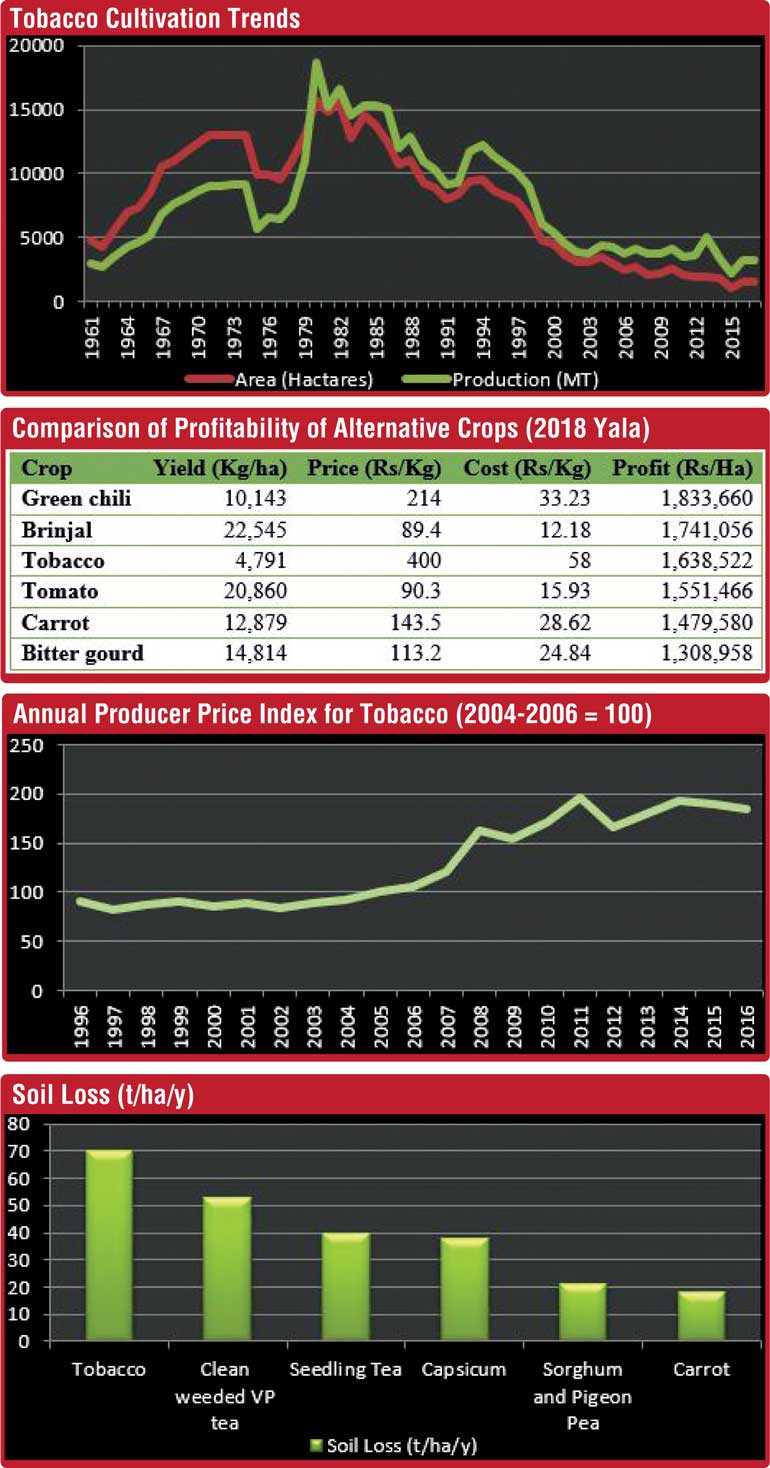 While the topic of tobacco control is mentioned in some of the main presidential candidates’ manifestos, it is uncertain whether they will honour the commitment made in 2017 to ban tobacco cultivation by the end of 2020. 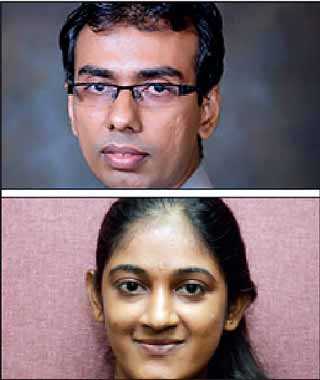 All these promises come at a time when it is widely believed that tobacco control will destroy the livelihoods of smallholder tobacco farmers. The support and security given by the Ceylon Tobacco Corporation (CTC) – which enjoys a monopoly on tobacco trade in Sri Lanka - to farmer communities through contract farming systems, have convinced some farmers to continue cultivating tobacco.

Since two-thirds of the transition period of the proposed cultivation ban has already lapsed, it is unclear whether the shift from tobacco will be achieved by the end of 2020.

Another concern is whether the 2019 Presidential Election will be an opportunity for lobby groups to convince policymakers to reverse the proposed ban. In such an uncertain policy environment, this blog examines the possibility of switching to alternative crops. It looks at the potential economic impacts of the ban on tobacco farmers and argues that helping small farmers switch from tobacco to alternative crops can be a means of uplifting rural livelihoods.

FAOSTAT data indicate that both tobacco production and the cultivated area in Sri Lanka have decreased significantly over the last few decades, dropping by more than three-quarters since 1980. Approximately 0.68% of agricultural land, equivalent to 15,594 hectares, was under tobacco cultivation in 1982. However, the latest statistics indicate a cultivated area of 1,338 hectares, a mere 0.06% of agricultural land in 2018. This highlights a drastic decline in the importance of tobacco in the cultivated crop mix. The production too has declined dramatically, from 16,670 MT in 1982 to 3,273 MT in 2017.

Furthermore, the number of farmers who are directly involved in tobacco cultivation is miscalculated. According to the Minister of Industry and Commerce about 200,000 farmers are directly involved in tobacco cultivation, while the Barn Owners Association quotes a figure of just 20,000 direct farmers who will be required to switch to alternative crops in 2020.

Meanwhile, the Ministry of Agriculture estimates that only about 3,000 farmers currently cultivate tobacco in Sri Lanka. Many tobacco farming households do not rely on tobacco as a main income source. Instead, tobacco farming provides a supplementary income to farmers that is a small share of the total household income.

Tobacco is considered to be a viable cash crop because of the high profits it generates, the availability of a significant market and the ease of cultivation. Based on the authors’ calculations, an average farmer received an approximate profit of Rs. 1,638,522 per hectare in the 2018 Yala season, considering upper limit values of CTC for the farm-gate price.

But further analysis shows that there are several potential alternative crops that can be cultivated under the same agro-ecological conditions and generate comparable profits for tobacco, including green chili and certain vegetables. Also perennial crops such as papaw, guava and grapes can be suitable alternatives, as they generate year-round incomes and high profits, incur a low cost of cultivation and require less labour.

There are certain factors that have led to farmers continuing to grow tobacco, despite the availability of alternatives. Most of the farmers who cultivate tobacco are under a contract with the CTC. Having a readymade market for their crops, with some additional benefits such as free extensions, is one of the main perks of tobacco cultivation. Also, tobacco plants are more resilient to droughts as they require less water.

Why switch from tobacco?

Apart from the negative health impacts and costs to society due to the consumption of tobacco, there are some disadvantages of growing tobacco, such as high initial capital investment, long crop duration and high labour requirement.

Over the past decade, the price of tobacco has fluctuated dramatically, showing steady increases and little variance from 1996 to 2007, but becoming much more unpredictable from 2008 to 2016. While there is an overall upward producer price trend due to production decline and the rise in cigarette prices, the available data also indicates a high price risk and uncertainty for Sri Lankan tobacco farmers, even with a contract farming system, due to the monopolistic price decision power of the CTC.

Tobacco is a non-food crop that is grown in home gardens and is in direct competition with food-crops grown in home gardens. This has negative implications for Government policy on promoting home gardening to ensure food and nutrition security. Other than that, the widespread cultivation of tobacco decreases soil fertility, which is costly for farmers. In fact, tobacco heavily contributes to environmental degradation, with an estimated soil loss of 70 MT/ha/yr in Sri Lanka.

The most pressing challenge at present is the prevailing myth that tobacco control destroys the livelihoods of smallholder tobacco farmers. However, in reality its negative social and environmental impacts far outweigh the immediate benefits touted by the tobacco industry. Therefore, evidence-based research is crucial to prove that switching out of tobacco farming would in fact improve the livelihood of farmers.

On a positive note, there is a favourable policy environment for getting farmers to switch to alternative crops which not only contributes to the export revenue and farm income, but also improves food security.

For example, tobacco cultivation has been sidelined to accommodate agribusiness partnerships for high value food crops in the economic development strategy presented in the ‘Vision 2025’. In addition, the National Export Strategy (NES), which provides the roadmap to achieve Sri Lanka’s export vision, has paid special attention to food and beverage crops which could be better alternatives for tobacco. Moreover, neither the current agricultural policy nor the draft overarching agricultural policy 2019 of the Government views tobacco cultivation as a strategic priority.

Therefore, it is very important to identify profitable alternatives as priority sectors for reviving domestic farm-market linkages for rural economic development and export growth and to seek farmers’ proper guidance and support to gradually switch to those alternatives.

(Manoj Thibbotuwawa is a Research Fellow and Nimesha Dissanayaka is a Research Assistant at the Institute of Policy Studies of Sri Lanka (IPS). To get in touch with the writers, email manoj@ips.lk/nimesha@ips.lk. To view this article online and to share your comments, visit the IPS Blog ‘Talking Economics’ at www.ips.lk/talkingeconomics/)