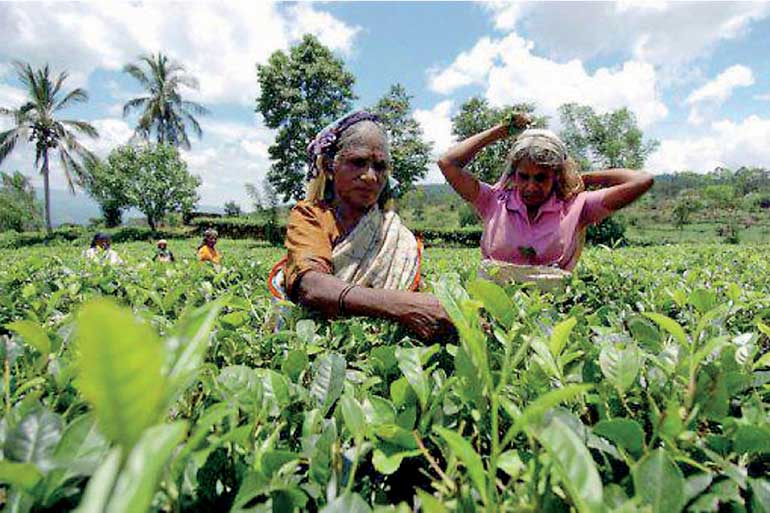 The banning of imports and usage of Glyphosate weedicide has had a disastrous effect on Sri Lankan tea plantations and exports to one of its major markets; Japan.

Glyphosate is a weedicide that was widely used by most tea plantations for the control of undergrowth weeds.

The ban on imports and usage of Glyphosate created numerous problems for weed control and made it dangerous to walk through the tea bushes to ensure proper harvesting.

Japan, while being a very health conscious country, has been a major importer of quality Ceylon tea for many decades and accepted the maximum residue levels of Glyphosate at reasonable levels and considered the acceptable residue level of Glyphosate in made tea at 0.15ppm. This level was arrived at after extensive research and testing by Japanese health authorities.

In the absence of Glyphosate weedicide, tea plantations turned to an alternative weedicide named MCPA. This weedicide is far more harmful to human health and Japanese authorities placed the maximum residue levels of MCPA acceptable in made tea at 0.01ppm.

Unfortunately, most of the teas produced in Sri Lanka, except for a few plantations, produce teas which has MCPA residue levels in made tea far in excess of the limits placed by Japan.

In fact, a majority of teas produced in Sri Lanka do not meet the maximum residue levels (MRL) for MCPA by European countries, which is at 0.05ppm.

The short sighted decision made by authorities in banning Glyphosate weedicide in Sri Lanka could result in the loss of Japan as a major market for Ceylon tea.

Tea exporters who have invested large sums of funds in the promotion of Ceylon tea in Japan are now helpless and cannot export teas unless authorities take immediate and long-lasting action to find a solution to this national crisis.

The tea industry in Sri Lanka employs over a million citizens directly and indirectly.

The loss of a premiere market like Japan will not only affect the tea producers and exporters but also have far reaching repercussions on support industries such as the packaging and printing industry, sea and air freight transportation industries and many others.

Authorities must also understand the long term effects Sri Lanka will face in such situations and if immediate action is not taken, the country could lose another opportunity of gaining much needed foreign exchange to Sri Lanka.